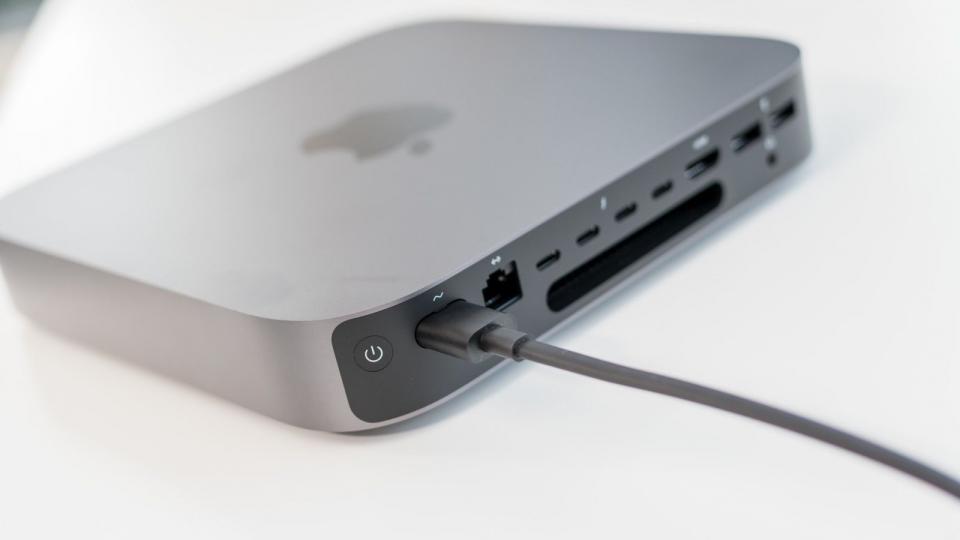 Finally, the new Mac Mini (2018) is here, becoming the latest addition to the Apple family. It retains the frame and dimensions of its predecessor, the Mac Mini 2014 model, but has a smart new design and features with an attractive space gray finish.If you are not familiar with Mac Mini, it’s a compact desktop computer produced by Apple. Mac Mini hadn’t seen a revamp since last 4 years, thus it was lacking behind in terms of performance when compared to modern CPUs, particularly with the launch of Intel’s 9th generation CPUs.

Mac mini 2018 looks very promising, as it is a powerful device designed to support intensive media related tasks. Equipped with an 8th Gen Intel CPU with up to 6 cores, 2666MHz DDR4 SO-DIMM (support up to 64GB), and Intel UHD Graphics 630, the new Mac Mini will serve creatives and professionals well.Moreover, it supports up to 2TB of flash storage, and the new SSDs used in the Mac Mini 2018 will make it four times faster than the previous model, claims Apple. These updates will provide a substantial performance boost and will take the new Mac Mini to a whole new level.

The Mac Mini 2014 model faced criticism on soldered memory, which prevented users from adding extra memory. Apple fixed this issue by offering an upgradable memory option in the new Mac Mini, by adding slots for two industry-standard DDR4 SO-DIMMs.But there’s a catch! Like most Apple products, it does not support end-user updates so you will require a trip to a service center to increase the memory, which will dent the opportunity to purchase a less expensive memory from elsewhere.

The new Mac Mini also features the second-generation Apple T2 Security Chip, which includes a secure enclave coprocessor, to offer a new level of security to its users. The secure boot capabilities and encrypted storage will ensure that your data remains safe and secured.

In continuation of eco-friendly practices to preserve the environment, Apple used recycled aluminum to make casings of the new Mac Mini model. However, you may not see a noticeable difference as it has a polished and smooth space gray finish.

The Mac Mini 2018 was first announced during Apple’s keynote presentation held in October, but the product officially hit the stores on November 7, 2018. The new Mac Mini has a starting price of $799 with the six-core model costing around $1,099. This is a big leap in price when compared to the former version, which was relatively inexpensive costing only $500. But, this increase is not out of proportion when compared to other systems that come with a compact design, portability, and same specs. However, you must also leave a couple of hundreds aside for the monitor, keyboard, mouse, and trackpad, so the base configuration may cost you around $1,000.

The previous Mac Mini was not an ideal choice for graphic designers or coders, but the new Mac Mini 2018 will certainly make them reconsider. This innovative device has paved its way from a budget machine for regular consumers to become a powerful device for professional users. This device is compact, features great specs, and everything that an advanced user wants in Mac Mini. Plus, it comes with a relatively reasonable price and an eco-friendly design, making it a worthy inclusion in the growing and ever-evolving Apple family.

We use cookies on our website to give you the most relevant experience by remembering your preferences and repeat visits. By clicking “Accept”, you consent to the use of all the cookies.
Cookie settingsACCEPT
Manage consent

This website uses cookies to improve your experience while you navigate through the website. Out of these, the cookies that are categorized as necessary are stored on your browser as they are essential for the working of basic functionalities of the website. We also use third-party cookies that help us analyze and understand how you use this website. These cookies will be stored in your browser only with your consent. You also have the option to opt-out of these cookies. But opting out of some of these cookies may affect your browsing experience.
Necessary Always Enabled
Necessary cookies are absolutely essential for the website to function properly. This category only includes cookies that ensures basic functionalities and security features of the website. These cookies do not store any personal information.
Non-necessary
Any cookies that may not be particularly necessary for the website to function and is used specifically to collect user personal data via analytics, ads, other embedded contents are termed as non-necessary cookies. It is mandatory to procure user consent prior to running these cookies on your website.
SAVE & ACCEPT